Since 2003, some racing motorcycles are in using the chain oil system CLS 200µ. By minimizing the friction of the chain, the loss of power caused by it is reduced by around 2PS. Also, even under such extreme stress, the system reduces the wear-out significantly. 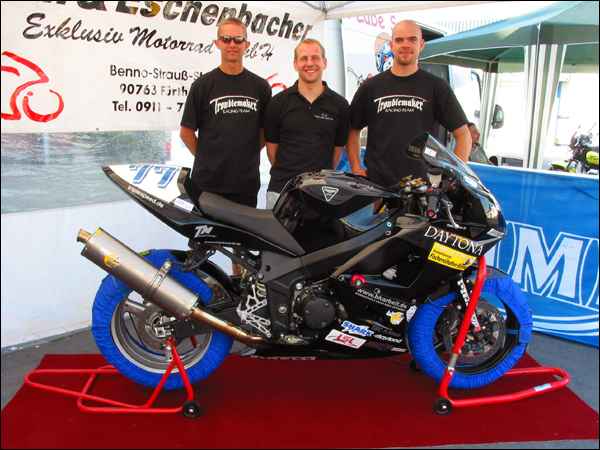 Jens Hebisch the driver, Heiko Höbelt from CLS and Obi, the mechanic 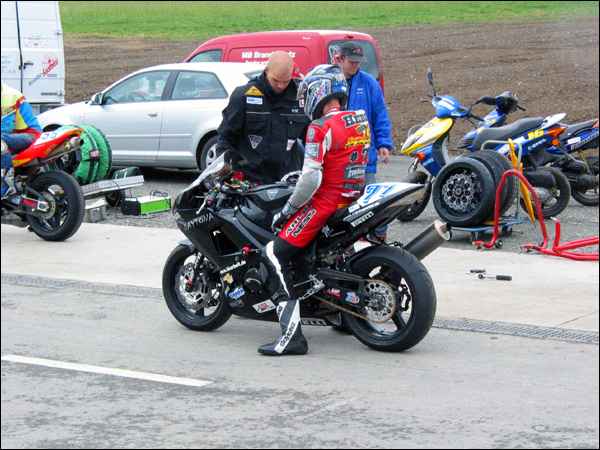 Jens and Obi at the “Schleizer Dreieck”

Jens:
„At first, Obi and I were very sceptical and didn’t want to have an oiling system on our bike. We were afraid we could slip on our own oil stain. But CLS’s Heiko Höbelt was very insistent, so in the end we decided to give it a try.
It’s incredible how smooth the back tire runs compared to before. We were actually able to measure an increase in power at the back tire by almost 2PS.
The chain does not catch any dirt at all, so we are spared all the cleaning and furthermore can save one or the other chain kit. Since we have the CLS 200µ installed in our motorcycle, we did not detect any wear-out of the chain.“

Johann:
„I have to admit, I’m suprized the chain survived the whole season, even though it’s a 520 chain, which normally don’t last that long. Also, the bike accelerated pretty good, since everything was running smoothly.“

Andy:
„The system did not promise too much. The chain ran trouble-free throughout several races without any signs of wear-out. This is quite remarkable, considering the stress of a 24h race. We exchanged the chain after three races as a precaution. But I’m sure that the change actually was unnecessary.
The motorcycle was running noticeably smoother because of the oiled chain. No one on our team expected such a difference and such a result.“